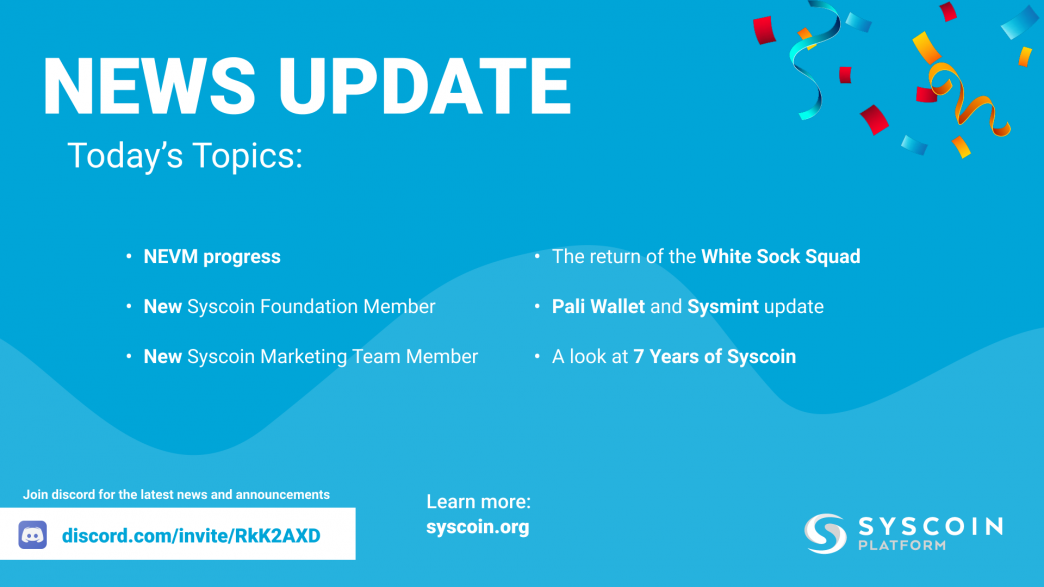 The Latest on NEVM Development


NEVM is progressing as expected. Jag and the rest of the dev team are currently deploying services and testing NEVM on a private testnet. We expect to reach the public testnet phase three weeks from now. We are also working on an in-depth blogpost that will outline all the improvements and changes to Syscoin that NEVM will bring. 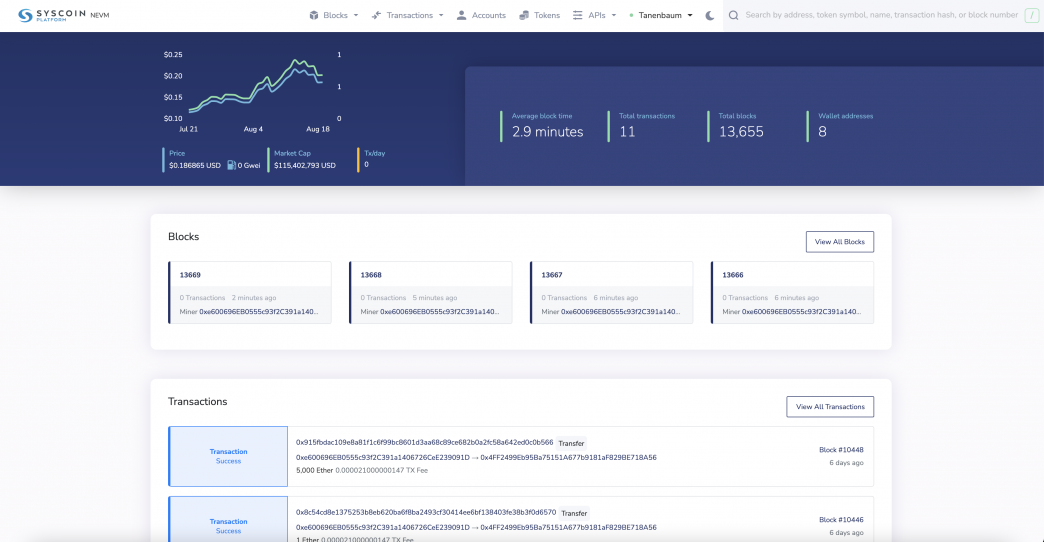 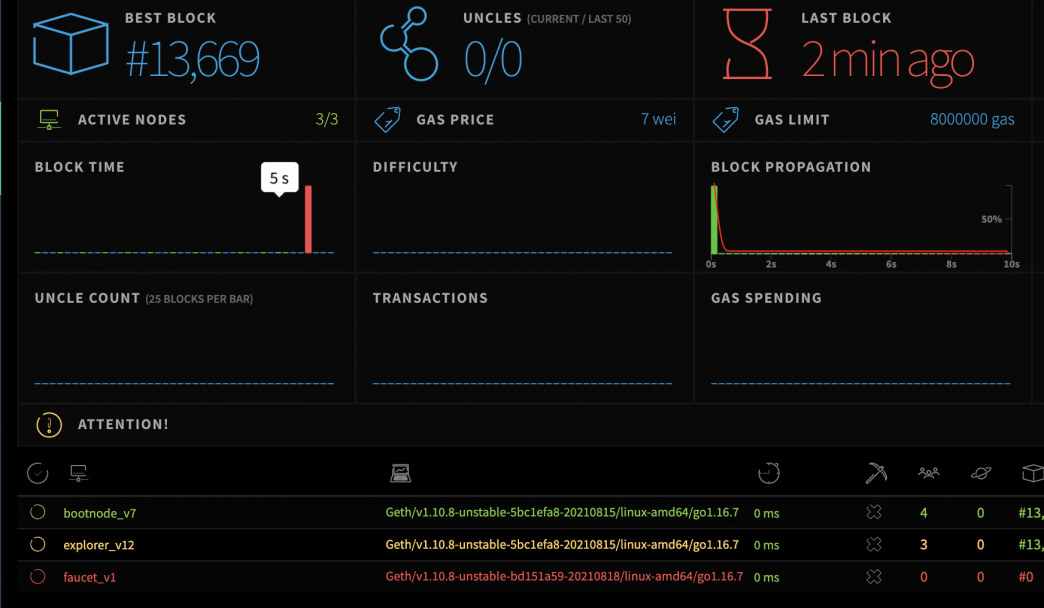 
We noticed some unnecessary uncertainty in the Discord chats in regard to seniority, and we’d like to curb that. So, to our Masternode operators, we’re happy to say seniority will remain intact with the introduction of NEVM. Your seniority is safe and the schedule will remain the same.


As some of you know, Syscoin Foundation appointed a new Board Member, John or as most of you know him, Cryptoloot, to strengthen the organization.

John is a real crypto OG and has been involved with Syscoin since the ICO 7 years ago. A dynamic and creative IT professional, John brings 20+ years of business development, marketing, and talent acquisition experience to Foundation. His main priorities are creating greater understanding and awareness of the SYS project and the team behind it, as well as an even stronger community.

John fills the board seat left by Foundation co-founder Reinier (“Ryan” on Discord), who contributed immensely to the project’s growth. As a business developer he secured many partnerships and established connections that helped us lay the groundwork for where we’re going.  We’d like to thank Reinier for everything he has done for Syscoin!

SMT is happy to share the addition of two new team members!

John, our new Foundation member, has also joined SMT. His experience is quite applicable to the needs of SMT, and he will take our marketing up a notch!

Grizz has also joined SMT. He is highly talented and brings some uncommon expertise. He works as a visual effects supervisor in commercials and entertainment by day, and brings Syscoin his creativity, skillset and extensive network by night. He will help simplify and humanize the mostly technical nature of Syscoin. Sysbites is the first example of his expertise applied to Syscoin. Together we will be working on improving the brand and the creative communication of SYS.

The Return of WSS 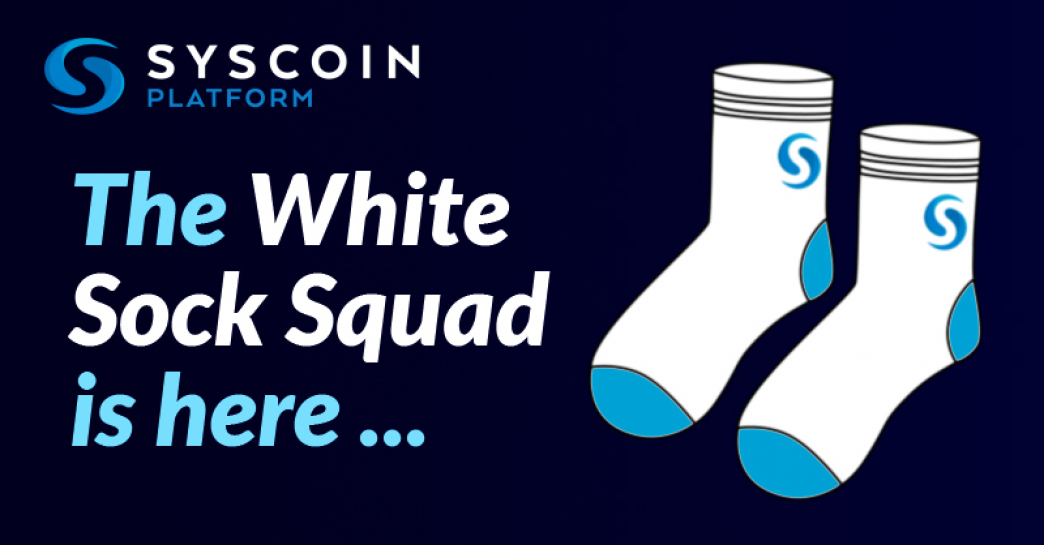 SMT organized a total of 159 White Sock Squad missions which led to growth in community members, social media presence, website visitors, and more brand awareness. We’re happy to announce WSS is reactivating! This time with @DOGEGONE taking the lead running the missions, and @Nazar, who is doing a great job providing awesome ammo to spread around.

We gave you a sneak peek of Pali Wallet two weeks ago. Pali is Syscoin's upcoming non-custodial browser extension wallet. It will give DApp users and developers easy access to Syscoin's robust network and features and will support Syscoin Platform Tokens, including NFTs. The experience it will offer is similar to Metamask, but it works with UTXO (Bitcoin-style blockchains).

Pali Wallet will make it easier than ever for you to use $SYS, tokenized assets like #NFTs, and use or develop trustless #dApps powered by #Syscoin!#noncustodial #cryptowallet #zdag #UTXO #NFTCollectibles pic.twitter.com/UPUhsbq5Ao 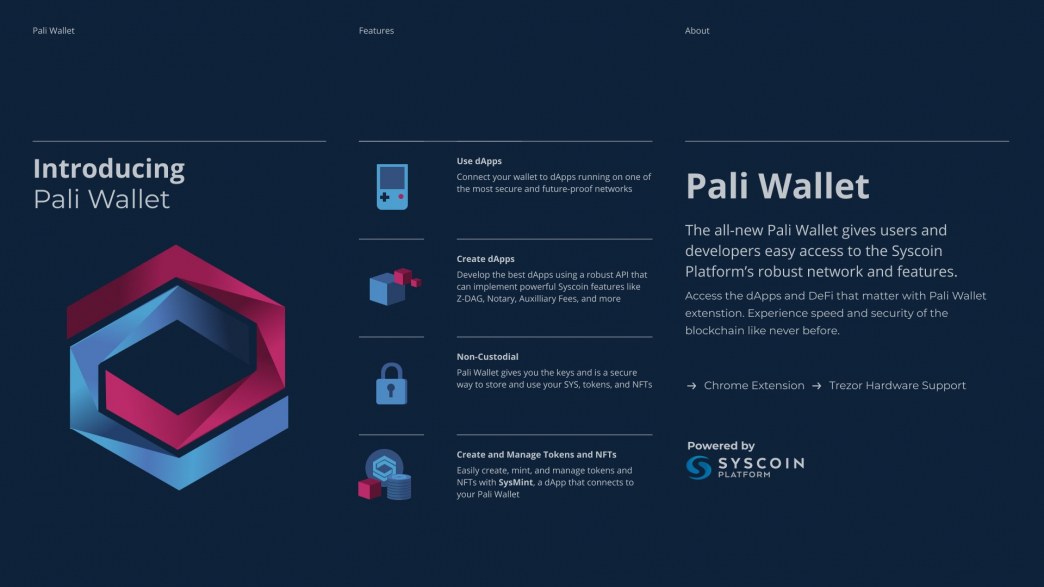 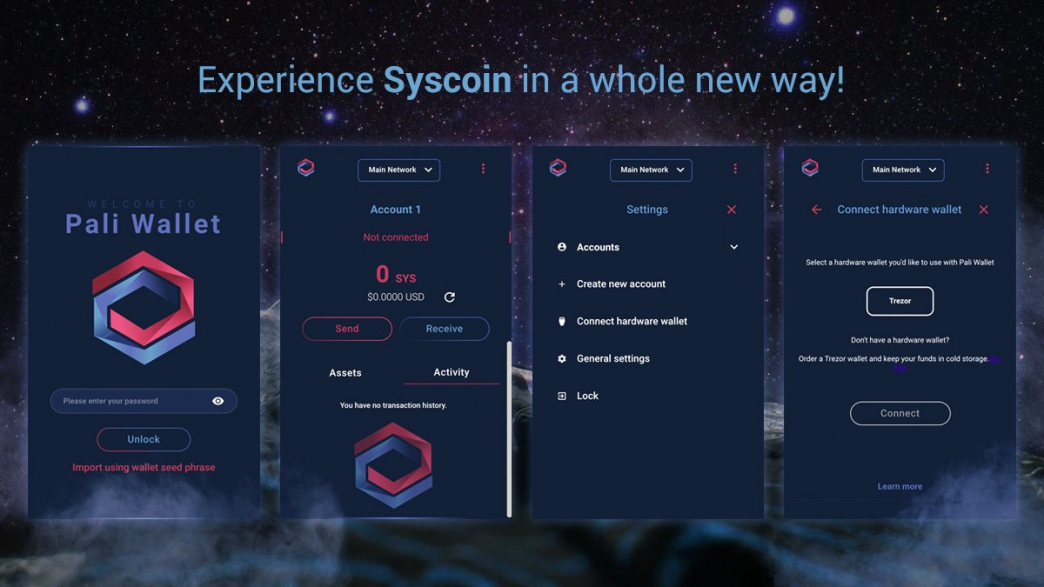 The code is now ready to be tested by a security audit firm. We expect that to be finished by the end of the month. The public release of Pali Wallet will happen shortly after that, together with Sysmint, a DApp that makes it easy to create and manage Syscoin tokens and NFTs in a non-custodial way:

After the first release of Pali Wallet, we expect to introduce support for NEVM into Pali in the next phase. 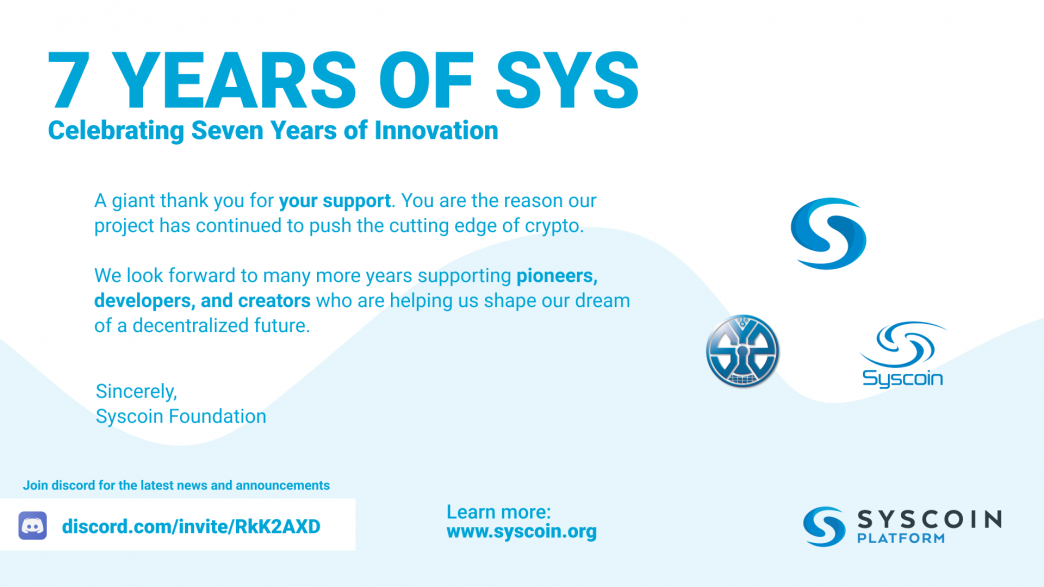 It's been quite a journey from where the Syscoin project began to where we are now. Many stepping stones led towards the Syscoin you know today. All of this has led to the upcoming implementation of Network Enhanced Virtual Machine (NEVM), the next big step towards achieving the overall vision for Syscoin.

Version 1 was a Scrypt algorithm altcoin based on Litecoin. The initial max supply was 2 billion coins. The original whitepaper included marketplace creation, documents, certificate issuance, transfer, data storage and retrieval, all decentralized. Most of these services were available upon launch but only accessible through a command-line interface.

In version 2, Syscoin switched algorithms to SHA-256 and became merge-mineable with Bitcoin, resulting in increased hashing power and greater resistance to 51% attacks. The max supply was reduced from 2 billion to 888 million. This version also added a graphical interface and additional features to the Syscoin wallet and decentralized marketplace. Additional features include address aliases, price-pegging, arbitrated escrow, encrypted messaging and Bitcoin as a payment option.

With 4.0, Syscoin Platform Tokens became enabled with a further enhanced Z-DAG - a unique decentralized high-throughput transaction layer which also benefits users with Syscoin’s underlying Bitcoin-compliant security and finality. The ability for token creators to add custom fees (called auxiliary fees) was introduced. We also implemented the trustless, permissionless Syscoin Bridge to and from Ethereum, capable of first-class integration with other platforms as well. Developers determined more efficient ways to handle non-value transactions such as creating aliases, marketplace offers, escrows and certificates, leading to a streamlined blockchain. As a whole, this version of Syscoin Platform brought scalability and viability for mass adoption, and opened the way for Syscoin and other platforms to share capabilities through cross-chain architecture that aligns with the ideals of Satoshi Nakamoto. All of this further defines the value proposition of the platform.

4.2 introduced some major enhancements including NFT support (including fractional NFTs), a shift from an account-based model to UTXO for Syscoin asset/tokens, on-chain masternodes, and unique notary capabilities that enable projects to achieve non-custodial compliance with regulations and/or enforce other custom business rules that determine on-chain settlement.

Stay up-to-date with the latest news and developments

Be among the first and best informed about our advancing ecosystem.