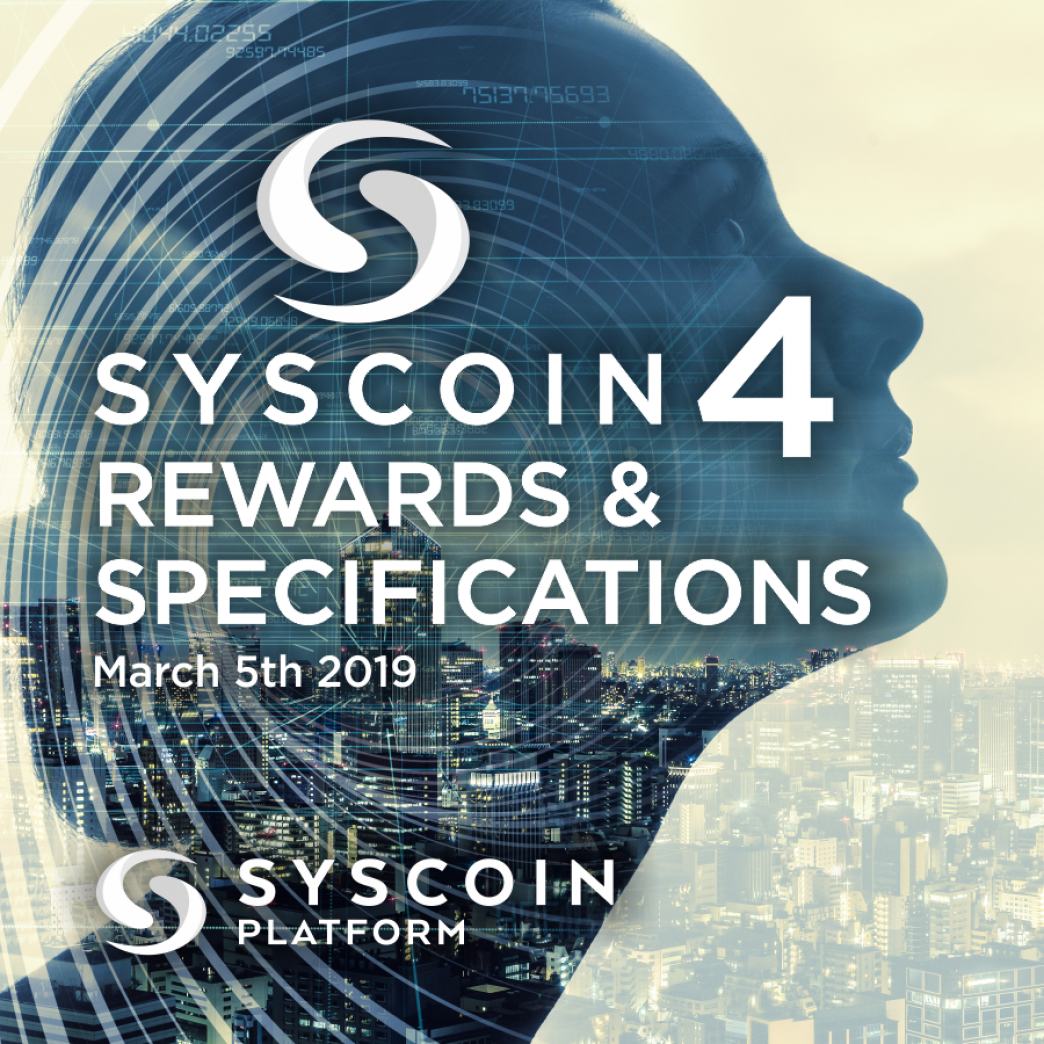 Information on Rewards and Hardware Specifications

This document describes changes to:

In a recent post “The evolution of the Syscoin”, we introduced the additional game changing features that the upcoming Syscoin 4.0 release brings to the entire blockchain industry. The post discussed native features such as Z-DAG, Assets as well as the security and resilience of being merge-mined with Bitcoin. In addition, the protocol introduces an innovative bridge technology that allows other blockchains to access and benefit from the unique features Syscoin has to offer and vice versa. As a prime example of the possibilities the technology brings, the first bridge linked to Syscoin 4.0 will be to the Ethereum blockchain, allowing Syscoin to leverage and execute smart contracts. 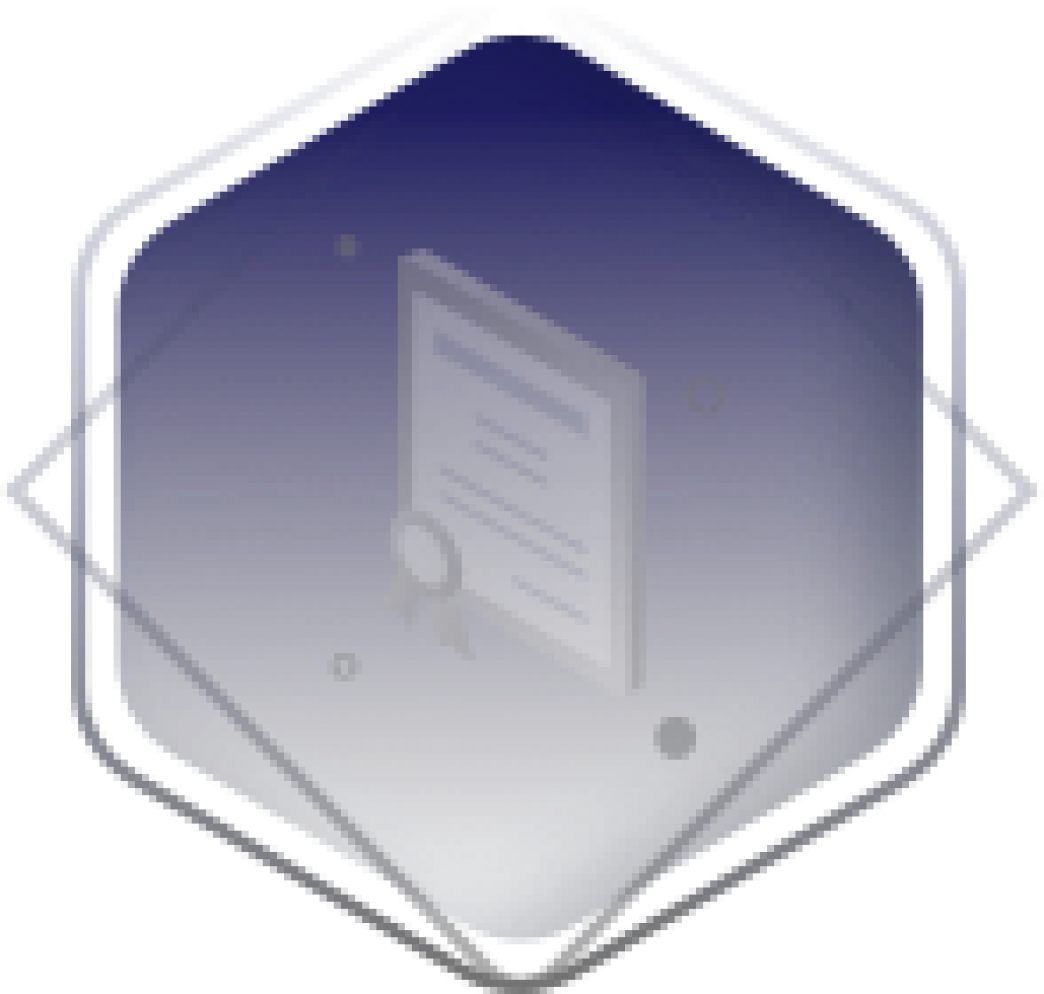 In addition to a stronger blockchain, the launch of Syscoin 3.0 introduced masternodes to the protocol. Masternodes made Z-DAG and Assets possible and introduced the concept of decentralized governance to the ecosystem. As a result of governance, marketing and development efforts received a boost, making a lot of great initiatives possible, making the platform and community stronger than ever.

As a revolutionary, fast-paced and constantly evolving technology, Blockchain quickly became the driving force of the Financial Technology industry. In order to give the Syscoin Platform the strongest opportunity possible to become a highly adopted and respected top-tier blockchain project, it is necessary to keep improving and marketing the platform in the best ways possible. 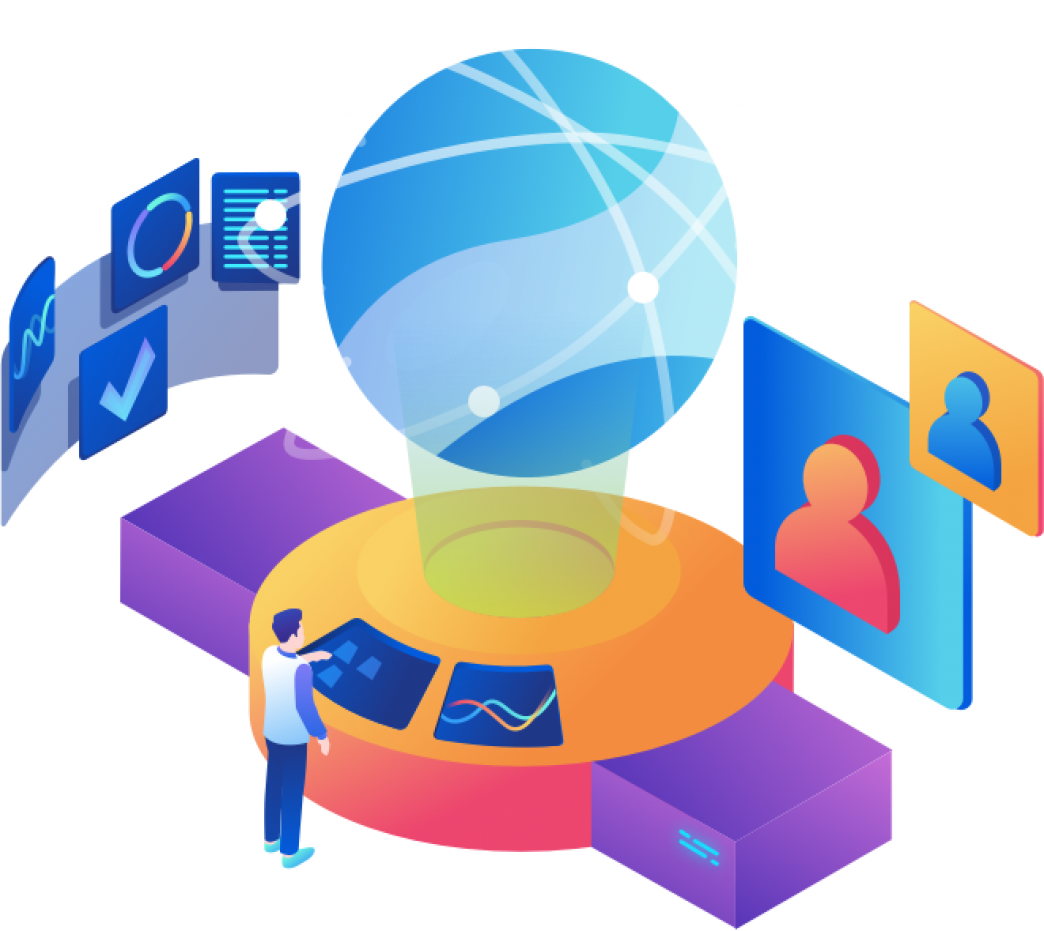 All the ingredients are there, we have driven, dedicated and talented development and marketing teams, backed by a strong and engaging community. The challenge is, without appropriate funding there are limits to what can be done. This is particularly true when compared to larger projects that have tens or even hundreds of millions of dollars at their disposal. This means the playing field isn’t balanced when making comparisons.

Syscoin is one of the oldest and longest cryptocurrency platforms in existence. We have come a long way without funds, but as the crypto market matures, we need to adapt and follow in order to thrive. This is particularly true in the current bear market, where Syscoin is highly undervalued.

For these reasons, the Foundation has decided to increase the governance amount for the coming 2 years, during which time the superblock will contain an average of 911,982 SYS. This will be paid out to winning proposals (assuming they receive sufficient yes votes).

Since we strongly believe that the Syscoin price will grow going forward, we have implemented a % decline schedule — starting the first month with 1 500 000 SYS and ending on the 24th month with 196.708 SYS. After that period, the superblock starts with 151 767 SYS a month and will decline 5% every year. 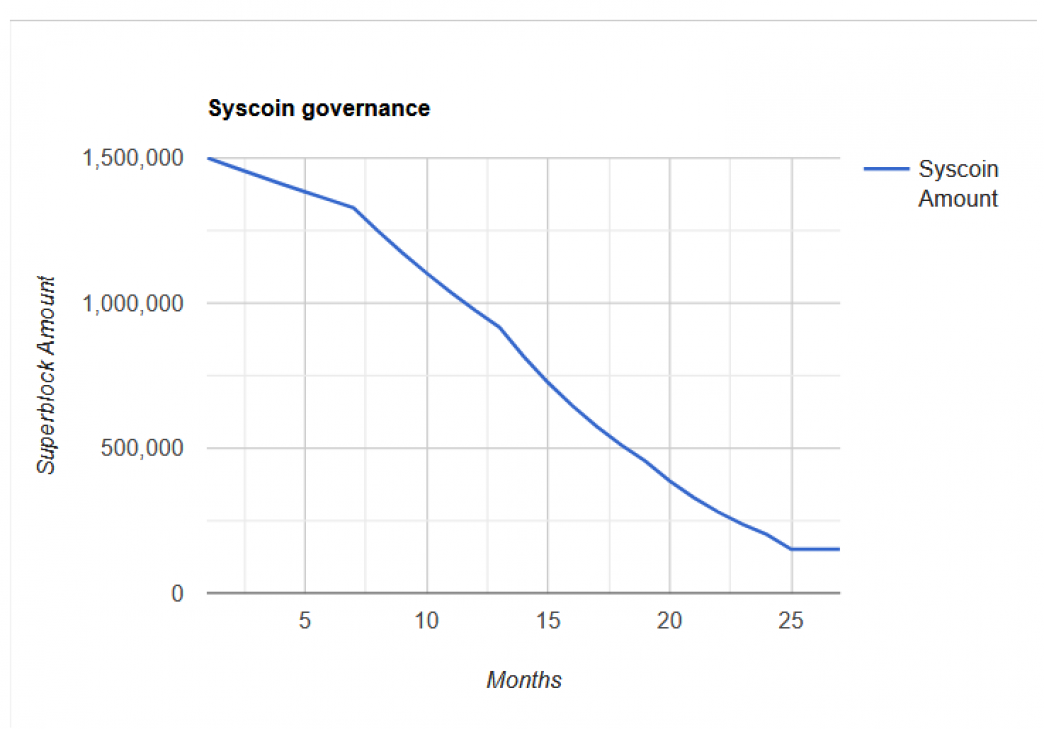 Of course, ultimately, it is up to the masternodes to vote how they see fit.

There will also be legitimate concerns from the community. For example, would this have the potential of increasing selling pressure on the markets? Of course, that entirely depends on who will receive the governance funds based on their proposals each month. It is important to note however, that all parties currently involved in the development and marketing of the Syscoin Platform have the best interest of Syscoin in mind — both short and long term. Creating selling pressure is not in the best interest of Syscoin or it’s holders, therefore it will be avoided whenever possible. 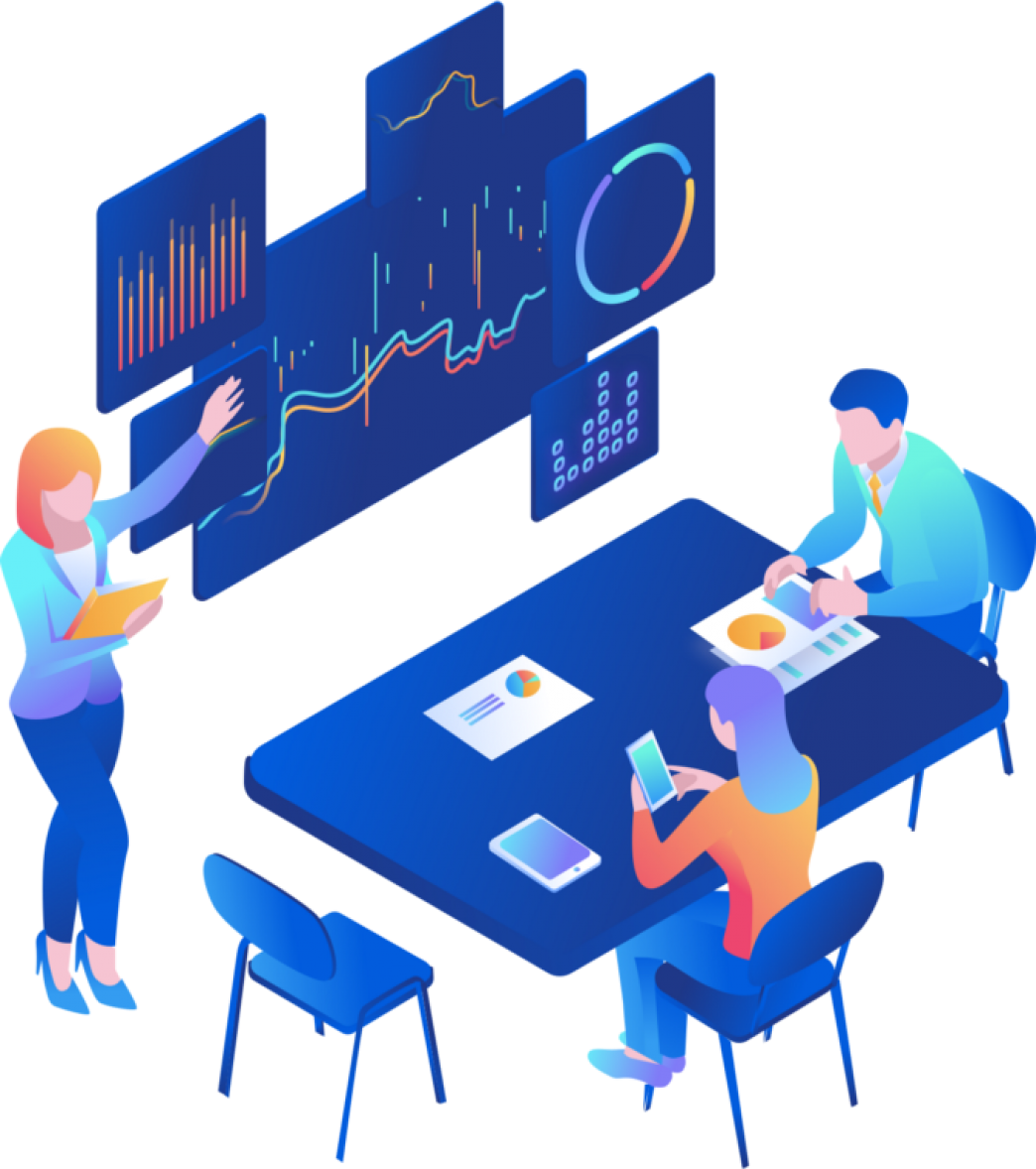 Governance funding provides security of value, in the sense that those actively driving the platform forward have every incentive to hold their funds, as all work on the platform contributes growth and value.

What is the Governance Proposal Fee in Syscoin 4.0?

It costs 250 SYS to push a governance proposal to the network.

“The Syscoin Foundation’s role is to improve, market and maintain the Syscoin Platform. The Foundation was setup to act in the best interests of the ecosystem. Funds will mostly be used to build a healthy reserve that can provide security for many years to come. In instances where development, marketing or other cost can’t be paid directly in Syscoin, every effort is made to sell over-the-counter (OTC) to avoid any unhealthy sell pressure”

Changes are occurring with masternodes that:

Masternodes bring a lot of value to the Syscoin Platform and provide crucial advantages that leverage key Syscoin features such as Z-DAG. The ecosystem benefits greatly from a high and stable number of masternodes.

That is also why masternode rewards are so important — the current seniority schedule doesn’t reward the long term masternode holder enough. That is why we are implementing changes so we can create a stronger and more reliable network.

The masternode reward increases have the following structure: 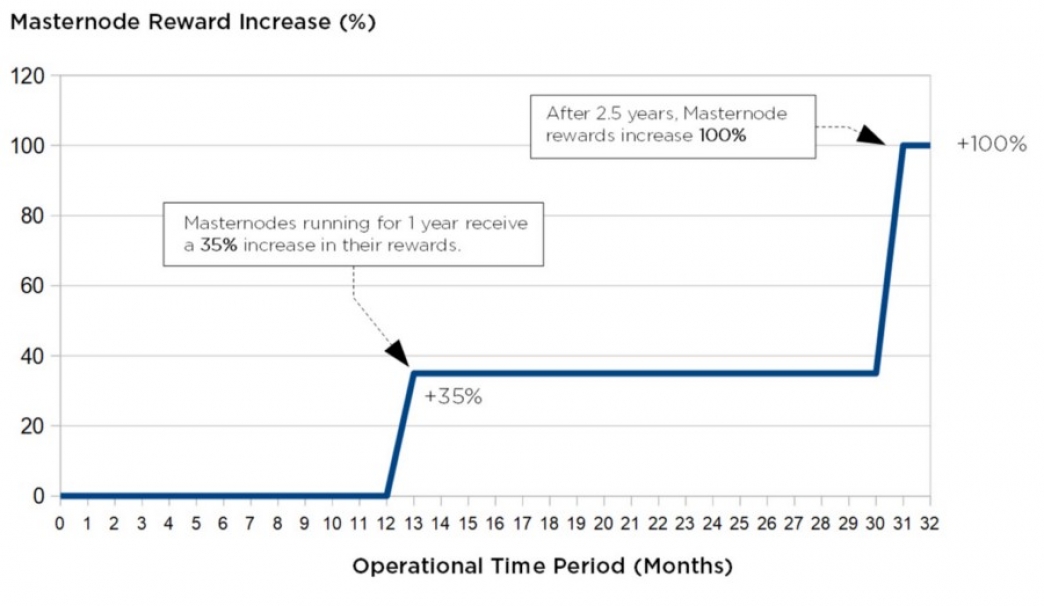 We would like to thank every masternode holder and especially those that have been running Masternodes from the start, you made it possible to advance innovations in Syscoin. We have put a lot of thought and effort into figuring out how we could compensate masternode holders who have build up seniority — since seniority is not transferable to Syscoin 4.

Compensating current Masternodes for short term loss of seniority would only be possible with a premine, which was an option that we evaluated but concluded would do more more harm than good long-term. A premine at this stage could potentially damage Syscoin’s image when it comes to new and potential Syscoin users; considering this, we concluded that further compensating masternode seniority with a premine would not be a viable option.

Once again we would like to thank the current Masternode holders, who have stuck with it during difficult conditions; without you Z-Dag would not have been possible.

Due to the improvements and advancements made for Syscoin 4, it is necessary to tweak the minimum/recommended requirements for masternodes to offer the best functionality and performance to the latest network.

When modeling how much throughput is possible on Syscoin 4 we need to start thinking of the hardware that is running the full nodes securing the network. If masternodes which comprise most of the network go down because there’s not enough HD space or there is not enough RAM to support mempool expansion or CPU to support multithreaded signature validation, then the entire premise of high-speed double spend protection is removed and would result in falling back to slow bitcoin style settlement periods.

There are three important factors when dealing with high-throughput systems in cryptocurrency:

I: How many cores available to support concurrent signature validation?

By having more cores you can process transactions in parallel and greatly increase the speed of the overall system throughput. Modelled around 4 cores as a baseline to show that the 10 second protocol latency with an average of 2 second travel time of each transaction leaves about 8 seconds of time to process transactions. We roughly estimate 40k TPS in a power vacuum (no network latency). The upcoming ZDAG white paper will discuss this with detail.

II: How much memory does the system have?

The mempool is set to max 3 GB and this is all processed in memory. Everytime a Z-DAG transaction occurs it is stored in the mempool before the miner puts it into a block and distributes it to nodes which store the blocks to hard disk.

Thus if we want to support high-throughput, the backlog of transactions needs to be able to grow accordingly to the amount of throughput and length of time that we want to allow for the backlog to persist before miners put them in blocks. Syscoin 4 will have a 1MB block size per minute with segwit enforced which effectively gives it 4MB blocks, each transaction is roughly 200 bytes.

Based on this you can start to see how much is settled per minute and how much is left in the backlog. If the backlog fills up, no more transactions will be accepted by the network.

Even if you don’t have physical memory, the worst case is you can still virtualize memory in the system by using a swap. SSD times are pretty fast and it won’t be as big of a hit as if you were not on SSD. Either way, memory speeds are way faster than hard disk and it is preferred to have sufficient physical memory to allow for the backlog to persist for any realistic throughput we want to achieve.

III: How big is the hard disk?

Since there is high-throughput, the blockchain is expected to grow very fast. If HD space runs out, your node may crash and may cause network-wide disruptions. Having enough space will allow for blocks to be saved. Syscoin 4 is pruning compatible so that the pruning of old blocks is now possible (IE: Older than 6 months or a target 50GB max size).

The following is the new recommended hardware requirements with minimum specifications:

There are many VPS service providers that offer and exceed the hardware requirements, as such it is recommended that you shop around and do your own homework on various potential providers. Note the following is a list of just some examples and should not be interpreted as recommendations or endorsement. Whichever provider you go with, please make sure that they offer/support Ubuntu 18.04.

This space is highly dynamic, fluid and competitive. Evolution is necessary for the protocol to adapt to the times, reaching towards its full potential in order to leverage the unique features brought by Syscoin Protocol. We are confident that the changes made in Syscoin 4.0 will provide better growth, wider potential for applications and greater strength going forward.