This weekly update is written by the community for the community, to bring you all the latest Syscoin, Blockchain Foundry and SCMT news! Weekly updates, other articles and a lot more can also be found on the new syscoin.community website! 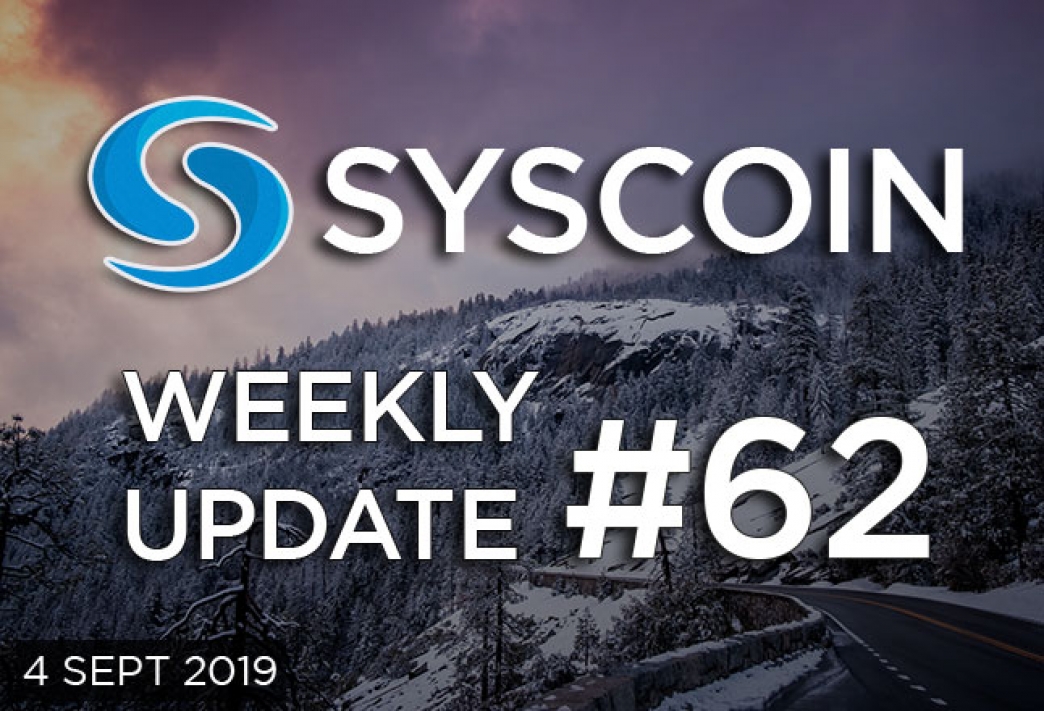 In last week’s #dan-time, Dan shared a screenshot of the new custom mobile wallet for AGX coin, a token built on Syscoin Platform by the LODE project. The wallet is finished and is in the user acceptance testing stage (UAT) - we expect to see it out in the wild soon, along with a Syscoin branded version. 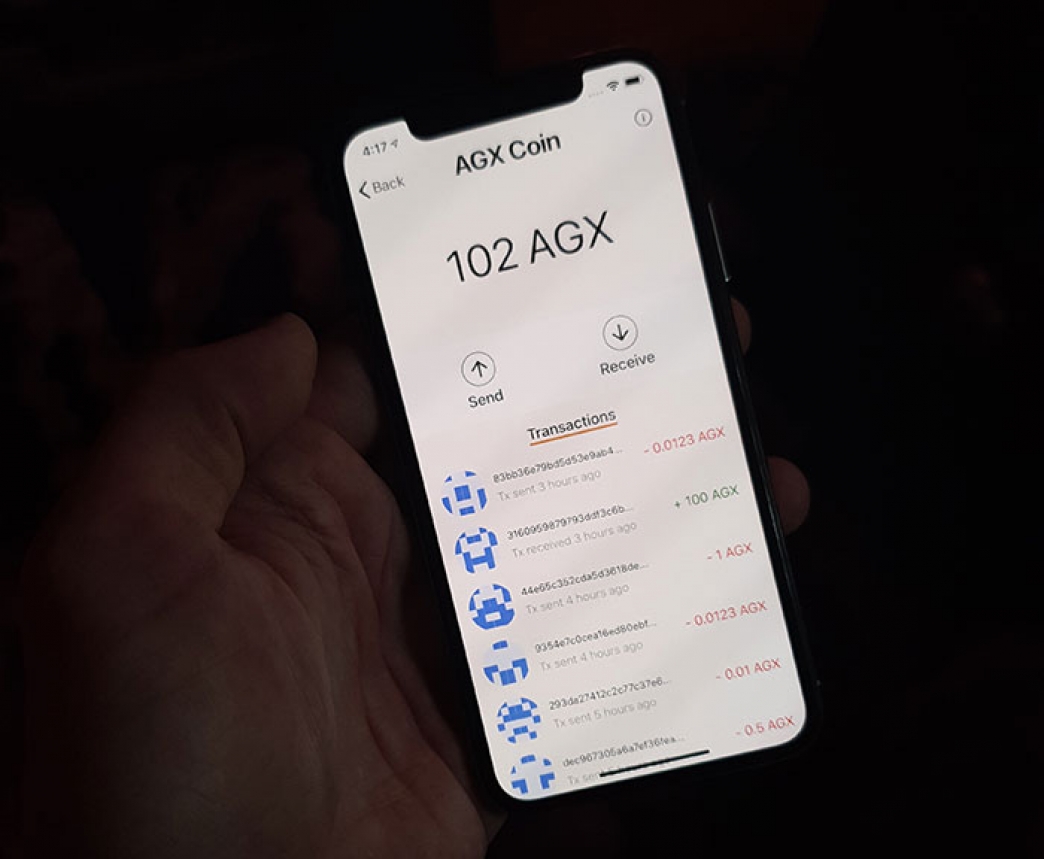 There were a couple of great articles featuring Syscoin in the past week - please do what you can to share these far and wide!

Publish0x: What is the Future of Masternodes? Enabling Next-Generation Blockchain & Decentralized Services

The organisers of the Greek cryptocurrency meetup recently received governance funding to promote Syscoin at their event. Below is poster they created for the event - if you’re in the area and wish to attend you can find more info via Twitter or Telegram. 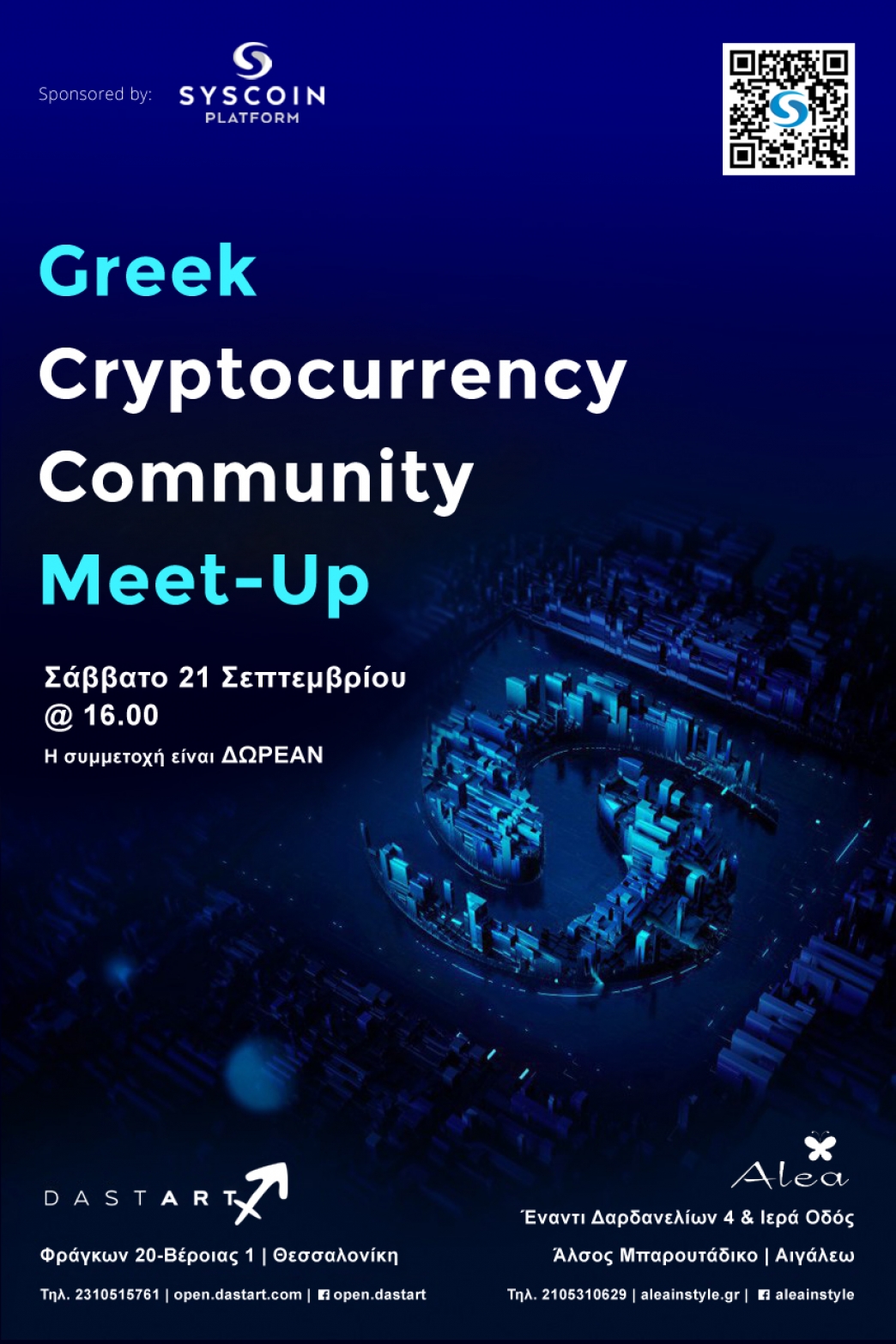 Q: If sysETH bridge functional do you think foundation could apply to ethereum foundation for funds?
A: Quite possible... I know something that's caused the timeline to stretch a bit is adding support for native ERC20 tokens which was not part of the initial scope but brings a lot of value in respect to linking up with ETH foundation on things. If it were SPT only then that would make it less valuable to them, now it's SPT or ERC20.

Q: I want to know if there is something new about the old partnerships (peer mountain) and also new never mentioned again projects like lava. Also am interested in Archos or ledger for storing sys. When will they be available, any eta?
A: Will let the other projects speak for themselves. Only real question I can answer here is about Archos. We are still working on what/how their product will look when it comes to market. We'll likely need to do a bit more integrating on our side before SYS support is there and SPT would be next. I'm referring only to the Archos Touch. We already have SYS and SPT working on Archos Mini but have not issued them a pull request yet as they've been all hands on the touch.

Q: You also mentioned US government contacts and Interest in BCF tech. Did you reconnect to them after the shutdown chaos? Any News about Mongolia?
A: Mongolia no updates. US government stuff nothing we can talk about beyond what's already been said.

Q: There was a Hotel booking system partnership?
A: This was DigitalRez. We completed the work for them and that was it. They are still seeking funding to bring their vision to market.

Q: Anything you can share on the mobile wallet ?
A: Mobile wallet went into UAT officially yesterday for Lode, we will need to modify it before a SYS version is ready but we are right there, published to hockeyapp and testflight, people are testing as I type this.

Q: How's the analysis of the betting site sponsorship going, has it been worth it?
A: Its going well, for what it cost us its well worth it to give people a reliable place to spend their SYS in betting.

Q: Has a decision been made yet regarding increase in the cost of creating sys tokens?
A: We increased the cost, i forget the new number off the top of my head but definitely not as dirt cheap to create and bloat the chain anymore.

Q: Mobile wallet?
A: This is all working now, mobile wallet w SYS and SPT... it's even Hyperledger connected as well
just going through UAT then we can move to next steps. UAT = User Acceptance Testing fwiw

Q: Is that only a mobile wallet or a POS interface ? Like can you pay directly with the phone NFC or QR scan?
A: QR scan yes, BIP21 support as well. NFC maybe a future release... remember this was done a month lol - from scratch!

Q: Hey dan, does lode plan to extend the Development agreement with you Guys? 6 Month is almost up, isn‘ t it?
A: We are in a new contract we just didnt PR. Thru Feb.

For all the official and latest news releases please follow us for all the latest community news via our SCMT Twitter account, as well as hot-off-the-press Syscoin and BCF updates. The Syscoin team will also share our posts via their official social networking channels, to help spread the word.