This weekly update is written the Syscoin Development and Marketing Team to bring you all the latest Syscoin, Blockchain Foundry and SDMT news. Weekly updates, other articles and a lot more can also be found on the syscoin.community website. 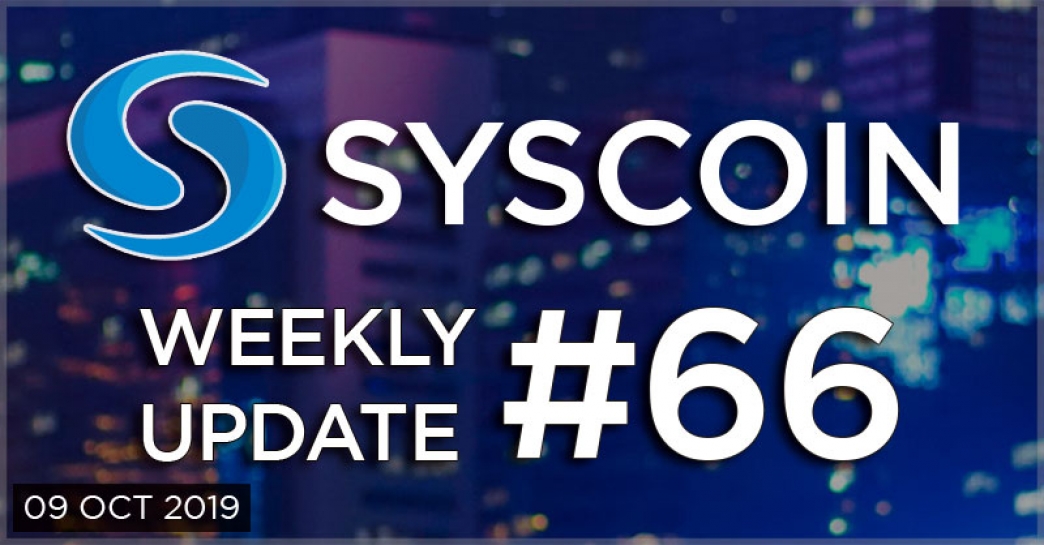 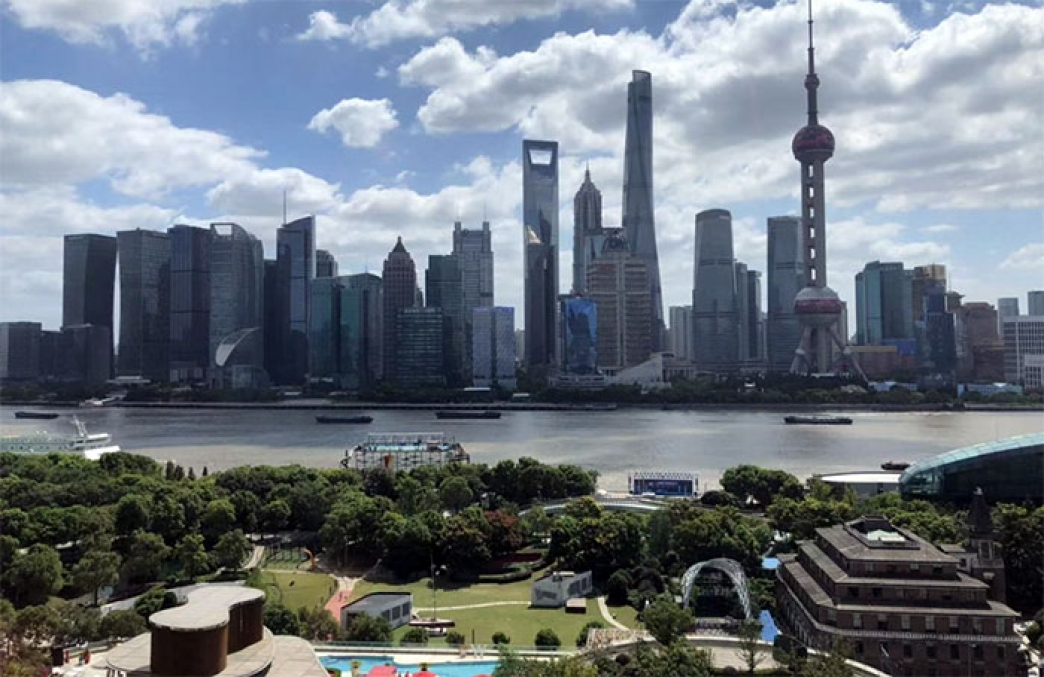 Blockchain Foundry developer, WillyK, recently took a trip out to Shanghai to attend Blockchain Week. Read on for his detailed follow-up report!

Early Monday morning, I boarded my flight from YVR-PVG and began my second journey to Shanghai Blockchain Week.  Last year’s Shanghai Blockchain Week was my first solo attendance at a large scale blockchain conference and with the prime goal of meeting up and connecting with members of the Syscoin Chinese Community.  I have also attended Token2049 in Hong Kong earlier this year looking to explore the Chinese market. This time, I want to hear some suggestions on how to move old coins forward in the industry.

Different from last year, this trip is partially sponsored by SAC’s proposal back in August.  Thank you Syscoin Community for voting through the SAC proposal.

I arrived at Shanghai Pudong airport at about 4PM.  It took me about 1.5 hour to get my hotel and I have a few more hours to rest up before attending my first ever round table speaking opportunity at an event.  The event started at about 7:30PM at Bihu’s office in Shanghai (www.bihu.com) and it was sponsored by BloXroute.  BloXroute has been working on layer 0 technology enabling any blockchain to increase speed at the p2p layer.  Ethan from SAC came with me to support and take pictures. The round table discussion revolves around the real world application of blockchain technology.  Thank you BloXroute for the invitation to speak! I’ve attached some pictures here from the event 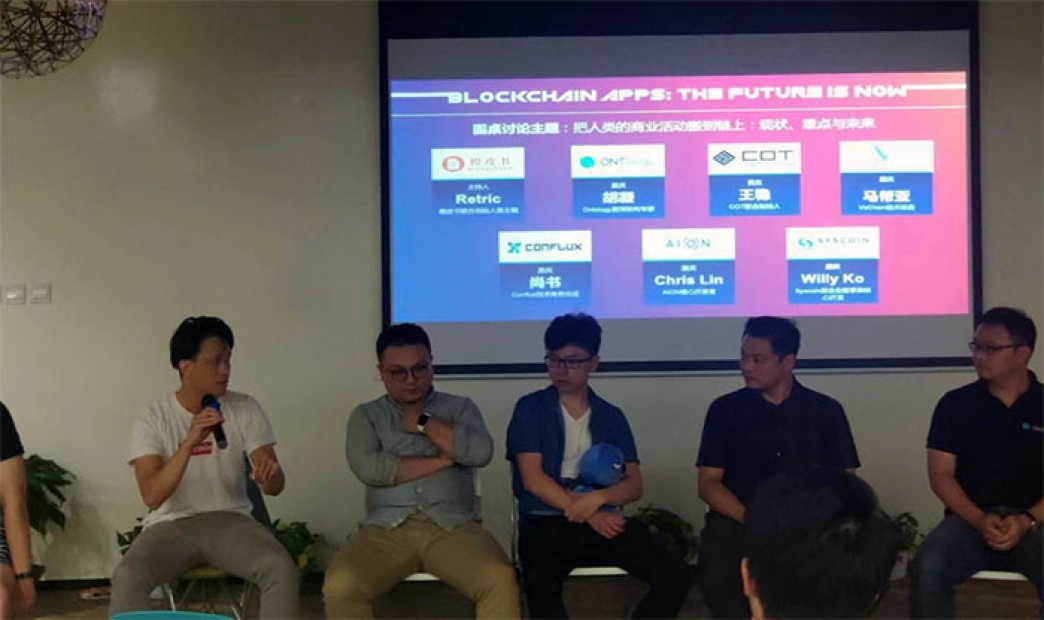 From previous conferences held in China, I’ve learned the importance of WeChat, as it’s the primary source of side events happening around the main event.  I went over to the next event, hosted by HashKey Hub, Sora at Club Arkham. Met some interesting people there, including the Matataki team working on a publishing platform based on IPFS. 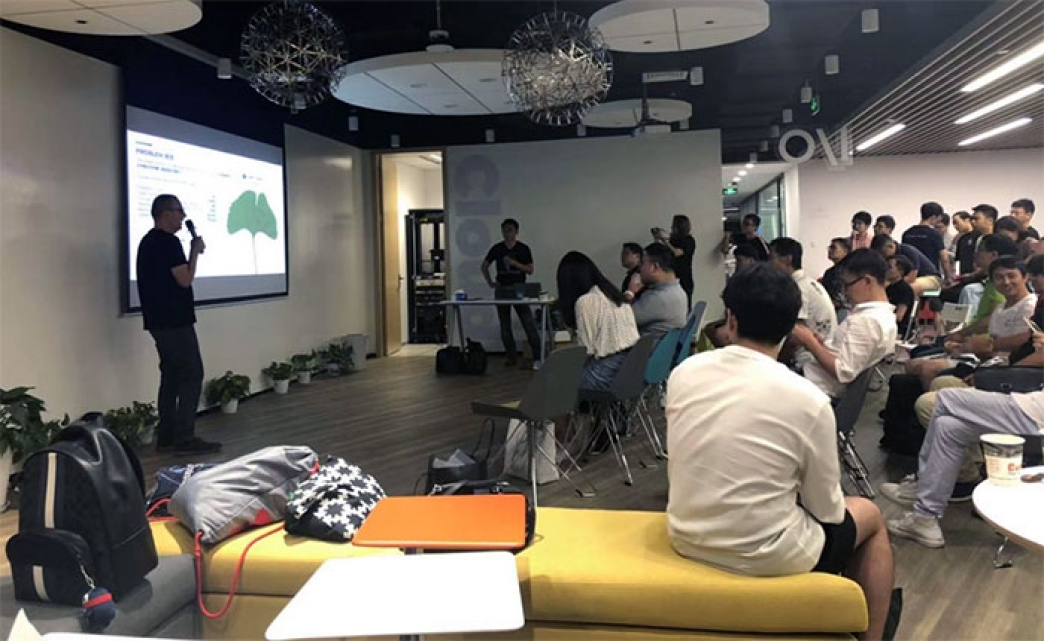 This is the first day of the actual blockchain conference.  One thing I immediately noticed was that this year, every guest’s badge has no name and no company on it.  All badges has “Guest” on it. This is problematic because for all conferences I attended before, I watch for badges with company name I recognize before I approach to initiate a conversation.  Anyway, the speaker line up this year is just as impressive as last year, with a good mix of tech, regulatory, finance talks. One keyword I picked up over this conference is “business consensus”, where parties in a blockchain ecosystem should all be incentivized fairly.

At noon, I met up with Whale Capital.  Ethan from SAC introduced him to me last year, and ever since, I’ve met him at every blockchain event I attended, each time providing me with much needed resources on exchanges and industry trend.  In the afternoon, I met up with IDAX (idax.pro) team, who kindly treated me to Starbucks, we had some good conversations regarding exchange trend in China. Later, I met up with TJ Consulting whom I met last year and was working with a wallet custody solution.  TJ Consulting works with overseas projects helping them establish bases in China including platform for marketing. 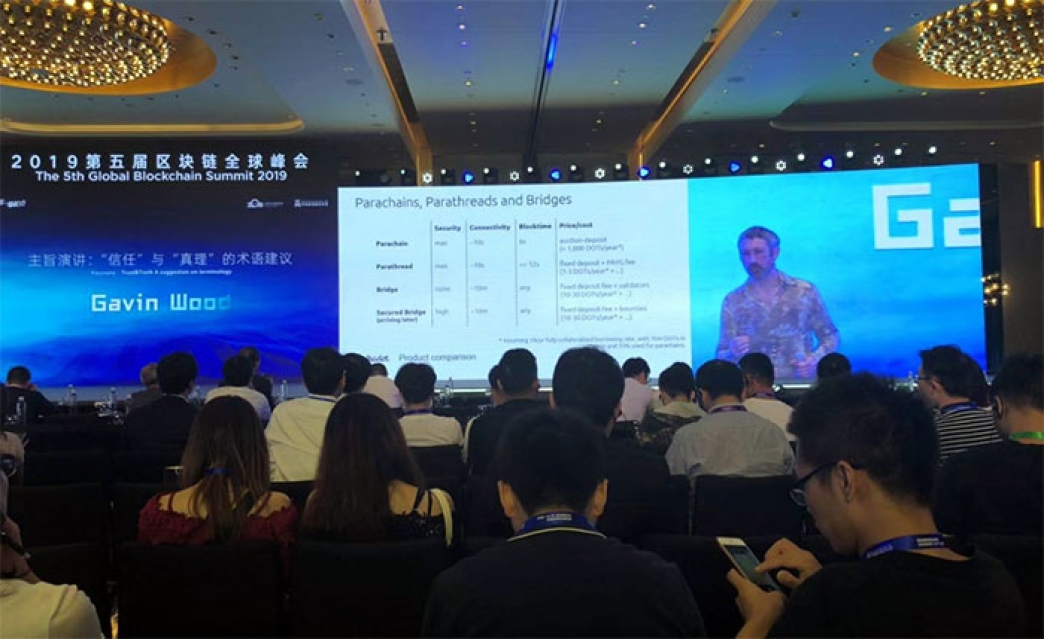 In the afternoon, I met up with Ledger capital and Huobi, whom I met at Token2049 and had taught me the world of market makers.  After, I briefly met up with BKEX (bkex.com). Then I met up with Coinex (coinex.com), thanking them for listing Syscoin and discussed potential opportunities.  Furthermore, through Coinex (coinex.com), I met a new exchange called Piexgo (piexgo.com), who later on introduced me to a long list of people including TokenManina, LD Capital, Quest Capital, BlockShow, Bifrost (bifrost.io), and CoinBene.  At night, I joined a side event called IOSG Old Friends Reunion hosted by IOSGVC, Polkadot, NEAR, CasperLabs. There was an identical event last year, and it was even at the same location. Ethan from SAC attended this event with me, and introduced elitex.io (exchange incubated by Lisk), whom introduced another exchange gj.com and the famous media platform 8btc.com.

Wrapped up and headed home.  This trip was definitely worthwhile, and I really encourage the team to attend this one next year. Through conversations with all the people I met, I’d like to draw some thoughts regarding current state of Syscoin:

1. Listing on additional exchanges should not be a priority at this moment, as it is fairly ineffective on secondary market like ours
2. A significant advantage of Syscoin is its age.  Mentioning a 5 years old blockchain gives the much needed first impression in introducing Syscoin
3. One of the marketing directions I’d like to head toward is to connect with the disconnected Syscoin community around the world, namely Korea & Russia.  We have telegram communities for each but we’re fairly disconnected due to language barrier. One way to approach this is to list on Russian / Korean exchange in hope of partnership for community development.
4. Since there’s numerous new exchanges, and a lack of projects, our strength actually lies in the projects deploying on our chain.  Bringing projects onboard is perhaps the top priority

Great article on SludgeFeed about Syscoin's growing scarcity: Nearly 30% of Syscoin’s (SYS) Coin Supply Is Now Locked up in Masternodes

New @SludgeFeed article covers the positive supply economics of #Syscoin relative to #Masternodes. New masternodes are coming aboard, and remaining, more than ever. Start reaping the benefits by contributing to Syscoin's service network.https://t.co/duThawO5uI

Syscoin featured in a Hackernoon article about blockchain interoperability: Crypto Projects Are Racing to Crack the Interoperability Problem

Summary of Q&A with Dan Wasyluk

Q: Any news on LODE?
A: We're getting pretty close to AGXPay 1.0 submission to app store. Waiting on UI-label translations for ES and FR and then confirming the AGX minting plan on SYS and we're off. I'm going to create the syscoin-specific fork this weekend, feature parity is close enough that IT IS TIME. The 1.1 version of AGXPay will include ZDAG, just confirmed today one of the top priorities in the new version to support point-of-sale functionality in the first test market We've been testing the thing for weeks now just base functionality wise we also discussed adding USDC to the wallet and enabling USDC -> AGX purchasing which is pretty sweet for SYS folks since it means ETH wallet integration... which paves the way for bridged tokens so ETH and SYS tokens in one wallet, SPT <-> ERC20 right from the wallet and control both with one app.

Q: That means we could also get SYSX token trading in there?
A: Yessir and more. Hold all your ERC20s and SPTs in one wallet, access bridge functionality and base ETH and SYS of course.

Q: Is there a simple slide to show which ERC20 contracts are supported in the wallet?
A: Not currently but it will be USDC and ETH for 1.1 is the current plan. As BCF expands on that work we try to make it more agnostic. For example Lode developed AGXPay for only their SPT and locked it to that, we expand on that and make it work with all SPTs. Will try to do the same for ETH even if the client only wants USDC, the BCF version will likely include all/as many ERC20s as possible.

Q: You hinted at some exciting stuff in of your posts - specfically that there might be some fresh BCF deals. Anything to report on that front?
A: Nothing to report yet - need to confirm what we can say publicly. I can just say BCF is making general positive progress on new, enterprise-level clients.

Q: If I understand correctly as soon as we have a SYS ETH token, we can use trezor to store SYS?
A: Yes you should be able to leverage all of the ERC20 infrastructure for storing SYS bridged tokens so SYSX, SPTs as ERC20 etc. We are also working on enabling direct SYS HW support, even tho ERC20 storage will be a viable option as well.

Q: Hi Dan, Bridge is currently in sanity testing... will another round of bug bounty be scheduled? Is community testing going to provide enough assurances before release? What is the metric for release? Any idea of release date?
A: Bridge is looking good now, all bugs I am aware of addressed. The public testnet sanity will be the final metric, and having our bounty testers further validate the fixes in a public network environment but they've already cleared the fixes on private networks.

Q: Bridge release date estimate? When marketing push?
A: We have a target date but i cannot say at the moment, there is a lot swirling around it and as much as a WANT to say more, I promised other people more attuned with marketing I wouldn't.