After receiving feedback from our enterprise partners, Syscoin Lead Developer Jag Sidhu commissioned Whiteblock to verify the Syscoin token transactions-per-second (“TPS”) speed, and we are now delighted to share with you the results!

Whiteblock devised a series of test-cases to simulate a range of performance-impacting variables that would exist in a real-world scenario. In order to give a transparent and accurate picture of the Z-DAG transaction speed, we are presenting the Syscoin Platform Token TPS rate as the highest recorded median value outside of control group conditions (the control group consisted of a network free of latency-inducing impairments).

The highest TPS rate recorded outside of control group conditions was 60158.

For reference, the highest TPS rate recorded under control group conditions was 145542.

The Whiteblock tests employed 24 masternodes to achieve these results. There are currently ~1600 masternodes on the Syscoin network and the developers plan to investigate what effect an increase in nodes may have on the Z-DAG TPS rate.

The full analysis report can be found here.

"The Z-DAG protocol is extremely innovative and presents a practical solution for many of the performance issues that are currently bottlenecking the continued scalability of blockchain systems." - Zak Cole, Whiteblock CEO

“In order to achieve adoption, scalability is essential. I wanted to make Syscoin Platform ready for projects that need to reach mainstream adoption without scaling limitation. Now that we have transaction speeds comparable to Visa and Mastercard …. we are ready!” - Jag Sidhu

This is a chart showing published TPS rates for other blockchain platforms. It should be noted that to make a truly fair comparison one would need to test other platforms using the same methodology employed by Whiteblock. Hence this is not meant to be an accurate benchmark comparison of performance between different chains; rather it is a starting point for further discussion. 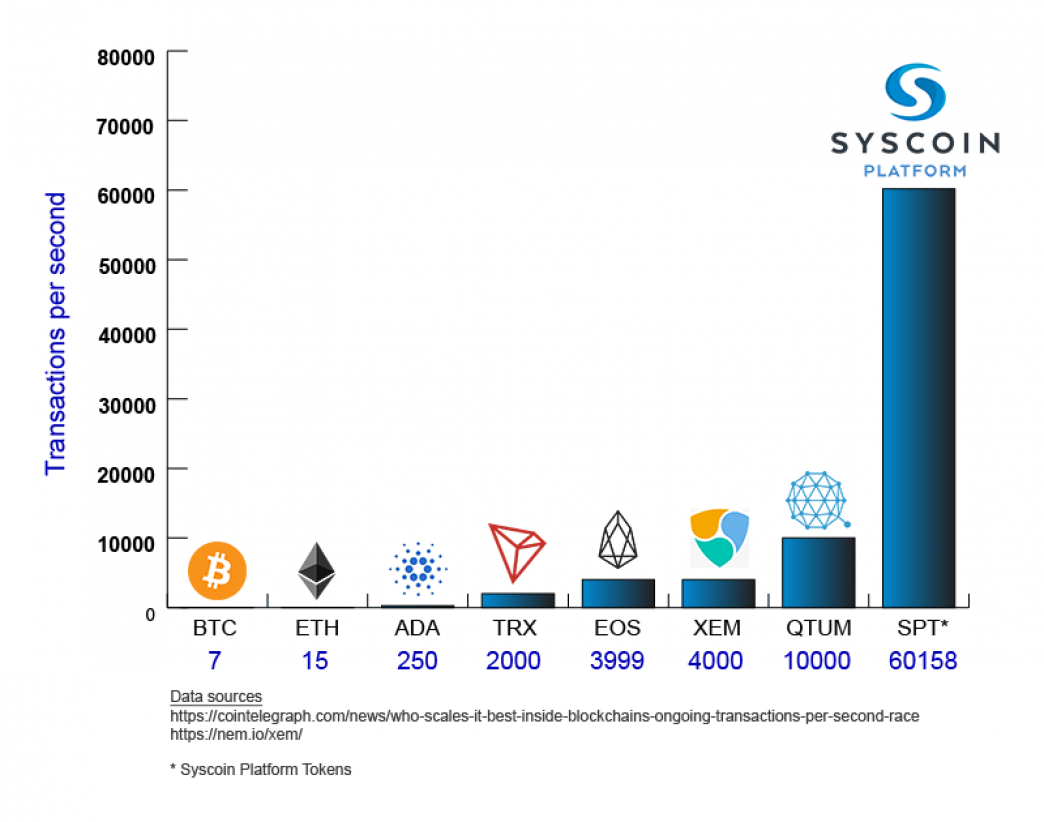 What was the Testing Process? 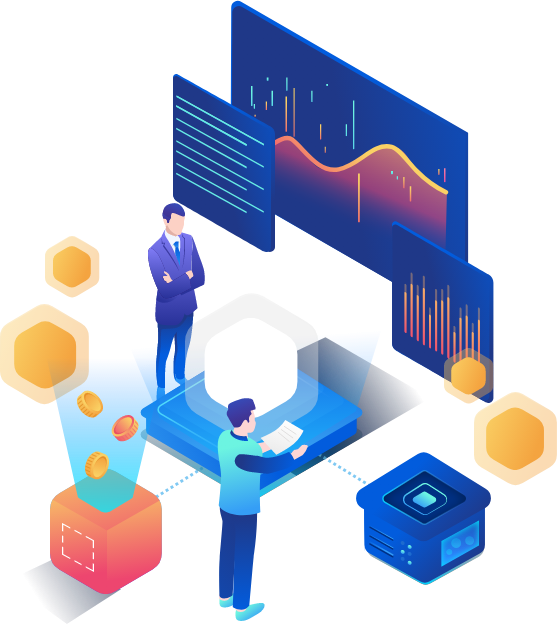 Having completed internal testing of Z-DAG in late 2018, the Syscoin developers saw evidence that Syscoin 4.0 would deliver a very high transactions-per-second rate in comparison to existing blockchain platforms. The theoretical numbers were so good that they decided to seek verification from Whiteblock, a well-respected and independent blockchain testing company.

Over a period of six months, Whiteblock conducted thorough testing of Syscoin’s  Z-DAG performance under isolated network conditions. Z-DAG is the proprietary technology that enables high throughput asset transfers in Syscoin 4.0. Various real-world performance inhibitors were simulated by Whiteblock, including network latency, different types of assets, and number of network nodes. In these realistic, restricted scenarios, the transaction speeds continued to show values generally in the top end of a range between 8676 and  60158.

What will we do with this Technology?

Syscoin 4.0 is the end product of many hours of development from numerous developers and teams working on the protocol since 2013. The goal has always been to provide an adaptive, enterprise-oriented protocol that embodies our slogan of  “The powerful multi-purpose platform that puts your business on the blockchain”.

Now that we have achieved the long-awaited goals of scalability and high transaction speed, Syscoin Platform is ready for use wherever security, stability, speed, and decentralisation are paramount to the efficient and successful operations of a business.

One current and active use case is the LODE Cryptographic Silver-Money System, a project designed to restore silver to the global economic system as a superior and sound form of money.

We are continuing to engage with large-scale enterprises every day to help them discover how Syscoin Platform can remove friction in their business processes.

A Word on Scalability and Z-DAG 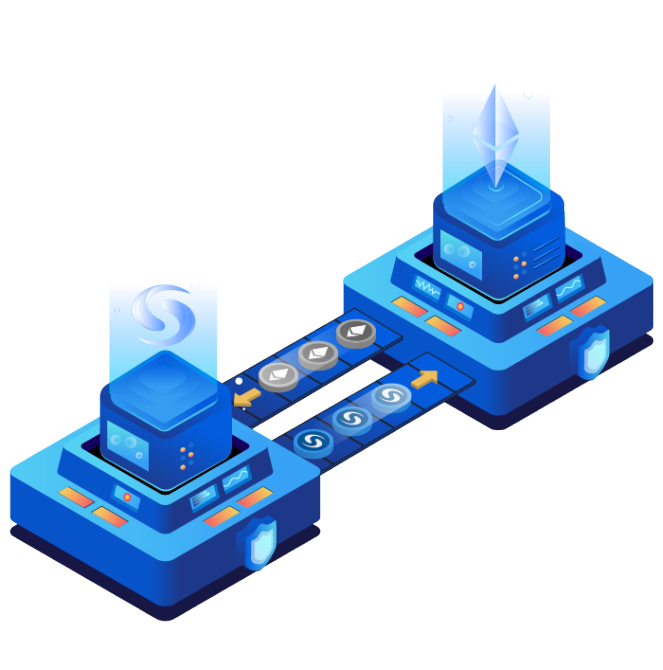 In Syscoin 4.0, the combination of Z-DAG and Syscoin Bridge technology will enable ERC-20 tokens to leverage the speed and security of Syscoin Platform. This makes Syscoin Platform a robust and accessible scaling solution for applications running on the Ethereum network.

Jag Sidhu developed Z-DAG as an integral secondary consensus layer of Syscoin’s proof-of-work algorithm, which is further strengthened via merge-mining with bitcoin. By using a DAG and PoW simultaneously the Syscoin approach to achieving high transaction speeds is both efficient and unique, and makes it the fastest and most secure blockchain platform known today.

For those looking for technical information on Z-DAG, be sure to checkout the Z-DAG whitepaper for an in-depth technical explanation.