Rollups on Bitcoin Are Imminent 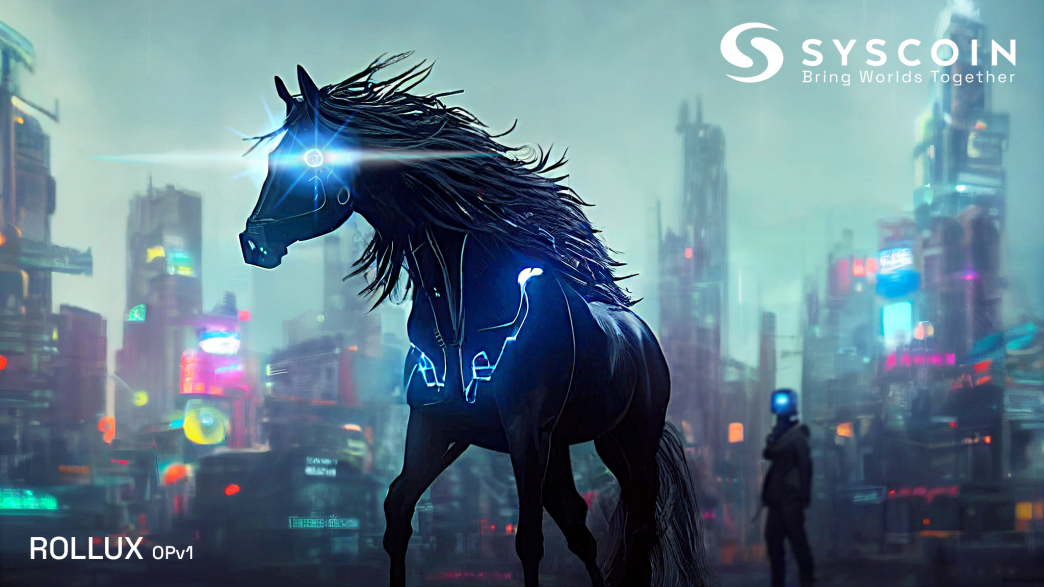 A dark horse is a previously lesser-known contestant that emerges to prominence, especially in a competition involving multiple rivals. Syscoin is blockchain’s dark horse. Rollups are a giant leap forward toward mass-adoptable Web3 infrastructure.  As rollups emerge it is important to remember that the best scalability isn’t just about meeting needs with speed, “TPS”, and low fees. Security and decentralization are also key to properly supporting high value use cases. Rollux is our in-house rollup suite, and it features the only rollups backed by Bitcoin’s gold standard PoW security. Rollux’s ultimate security, throughput, and lowest cost, make it the premier Layer 2 solution for Web3 projects. We are proud to announce it is now live on public testnet.

Rollux OPv1 is Syscoin’s first rollups solution. It is an optimistic rollup designed to enable end-users with near-instant low-cost transfers, executions and contract deployments. The Rollux OPv1 testnet is now live and underway. Over the past year, we have announced a number of incredible partners who will be operating on our layer 2 and kickstarting the expansion of the Syscoin ecosystem. Many of them are already at work utilizing the OPv1 testnet toward bringing their protocols and applications public as soon as possible. These include: Pegasys, SYSPad, BuilditMerchants, MudAI, DystoWorld, Luxy, ZKCross, QiDAO, KOLnet, SYSstables, Denet and ApeSwap all with infrastructure support from Ankr, Getblock and Band Protocol. They are all working to set industry trends. We are happy to have them on board! Additionally, the revolutionary new AMM platform DAOSYS is also being actively tested.

Rollups are the holy grail of blockchain scalability for smart contracts. Although we are early, we’re hardly the only ones who will implement them. To put it succinctly, with Syscoin the whole is greater than the sum of the parts. That is why rollups on Syscoin offer the most value to developers. To set our L2 solutions apart, we have created Rollux - our in-house rollup suite. Rollux is the tool that gives projects the scalability they need to deliver Web3 services at massive scale without taking hits on underlying security. The suite features optimistic and ZK Rollups in addition to a first-ever cross-chain ZK bridge we have helped to pioneer in collaboration with our partner, ZKCross. All of this is taken even further by our Layer 1 data availability innovation called PoDA (Proof-of-Data Availability).

Aside from being one of the only blockchains to offer rollups as an extension of the Bitcoin network, we are also the only project we know of other than Ethereum that is solving for Layer 1 data availability. We pioneered PoDA to address bottleneck issues for censorship resistant data security for rollups. Being positioned on Layer 1, it has a compounding effect on speed for every additional layer. Interestingly enough, although our two teams worked independently, Ethereum reached a similar conclusion as Syscoin by arriving at their proto-danksharding concept. There are some very important differences between our solutions, but the similarities serve as mutual affirmation that we are on the right track. It is also worth noting PoDA is currently operational on public testnet while proto-danksharding is estimated to be about a year away.

Since we began in 2014, Syscoin has been continuously improving our protocol and expanding in scope to ensure we can not only offer what is needed at the time, but what can withstand the test of time. In order to do this, we have taken a holistic approach resulting in our modular design. Monolithic blockchains face a conundrum in which they must make compromises to one of the three variables of the trilemma (decentralization, security, and scalability). For Bitcoin, the problem of its lack of speed resolves itself when you perceive it as a trustless court system rather than a payment processor, making it the most secure and valuable blockchain in existence. However, all the monolithic EVM-compatible smart contract blockchains who do not have the same value proposition as Bitcoin typically sacrifice either decentralization or security. Instead, Syscoin runs two blockchains in tandem, a UTXO for transactions and our EVM-compatible NEVM for smart contracts with rollups built on Layer 2 and above.

Recent events, especially Ethereum’s Merge, have brought more attention to the PoW v. PoS philosophical debate. The PoS camp, despite their consensus mechanism being less secure and prone to centralization, tends to unfairly criticize PoW for being environmentally unfriendly. This, despite all cryptocurrency mining only representing a fraction of a percentage of the world’s carbon emissions. What is often overlooked by both sides is the value of merged-mining, which Syscoin leverages for carbon-neutral PoW. This process shares Bitcoin’s gold standard security with Syscoin without any additional resource consumption spent on mining. Miners earn BTC & SYS simultaneously by participating in this process. Merged-mining occurs on our Layer 1 UTXO chain, and is passed on to the rest of our modular platform, including our Layer 1 NEVM chain and its Layer 2 where Rollux exists. The UTXO chain also contains our masternode network, which further secures our network and provides finality, preventing malicious MEV, selfish mining, and 51% attacks.

We believe in Bitcoin. Nakamoto ideals are our guiding principles. More tangibly, Bitcoin’s network is the foundation on which our protocol and network is built. The Syscoin protocol is essentially an extension of Bitcoin. Syscoin’s utility is Bitcoin’s utility. So, if you have recently found yourself looking for a powerful proof-of-work network with smart contract functionality and rollups, or you’ve been hopeful for “Web5”, there is no need to look any further than Bitcoin, available on Syscoin Rollux.

Syscoin is ushering in the next step in the evolution of blockchain technology, providing Bitcoin's proven security and Ethereum's Turing-complete programmability elevated to true scalability via Optimistic, ZK-Rollups, Cross-chain ZK-Rollups and other Layer 2 technologies. 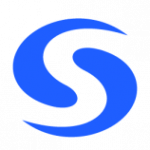